Some days are more perfect that you ever expect.  We had a clue what to expect, since we had traveled Hluhluwe, but there is nowhere on earth like Kruger National Park. It dawned on us.
Kruger is the second oldest national park in the world; Yellowstone is first.  So that’s the company it keeps.  Shades of John Muir, the park was begun by 3 Scots stationed in South Africa.  And, as it is patrolled by armed game wardens, there is a very low poaching rate.

The guidebook to the park is written for self-touring in your own car.  The first page states that you must declare your firearms at the gate, followed by a warning that malaria is endemic in the park.  Can you imagine such a publication in the USA, where no risk is acceptable?

We got another pre-dawn start from Hazyview [after an after dark check-in the night before], but we have found that Gate1 really knows how to run a tour to avoid crowds and get the best stuff done!  We entered the Numbi Gate, down the Voortrekker Rd, past Jock of the Bushveld, up the Malelane-Skukuza Rd. and, after lunch and shopping at Skukuza, we exited the Phabeni Gate by way of the Doispane Rd.  I only put all this in to make myself sound like I know something.  These are the paved roads and we spent a lot of time bumping over dirt roads and skidding off corners in the middle of who-knows-land.  But the point being, that we tooled around perhaps ¼ of the park in a day, from dawn to supper-time.  I’m not going to write much; here are some photos.

The Big 5
We saw a leopard, the most elusive of the Big 5, but could not get a photo. 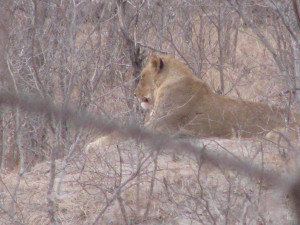 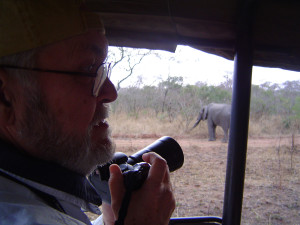 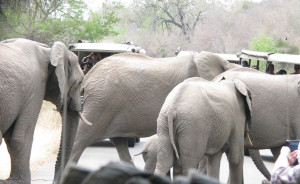 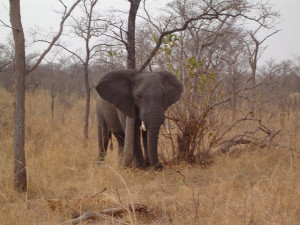 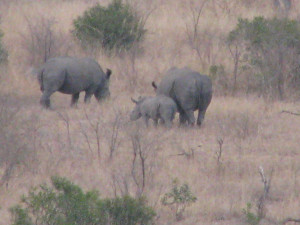 Hyena--It's been a hard day's night 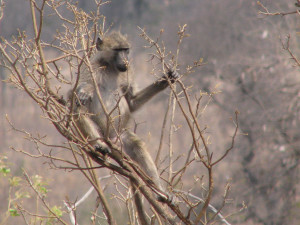 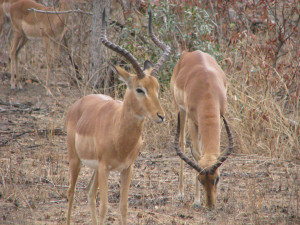 Impala.  The have an "M" on their rump for McDonalds = fast food 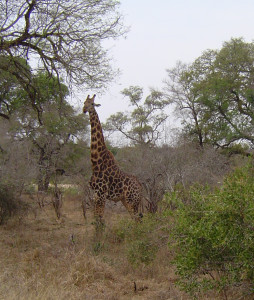 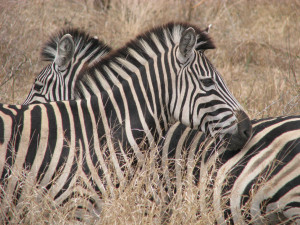 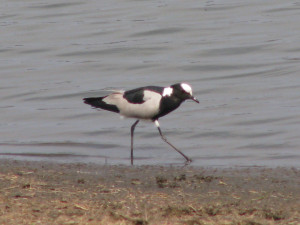 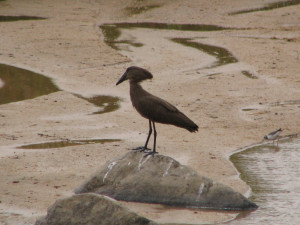 Blacksmith lapwing  [who names birds, anyway?]       I call this one Carol's stilted crestwart

Our driver Sanky was a master at his craft, we discovered.  So at the beginning of the day, we’re goggling over elephants and Sanky says, “If you see something you want to photograph, let me know.” Sanky and his "mother", a term of respect

At one point he speeds up leaving a dust cloud behind; we’re all point to elephants and giraffe but he pays us no mind!  An elephant takes offense at our speed and charges!  Sanky pays no mind!  We’re beginning to think Sanky has lost his ever-loving mind, when he get us to a pod of vehicles overlooking a cheetah mom and 3 cubs!  We caught a photo as the mom slinked off. 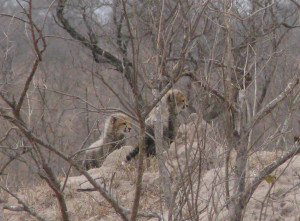 Thus we found out that all the drivers of the safari-jeeps were in constant contact via radio; if one saw one of the Big 5, they all went haring over to the site for the sight [so to speak].
And that was enough for one day.  At a rough count we got 350 photos that day, most of them stunning.  We bussed back to Hazyview for a rest and supper.  A number of folks went out to an elepahnt ranch; another group went back to Kruger for a ride in the dark.  Both got drowned in a cloudburst.  It was dramatic even at the hotel, where even the frogs came in out of the rain! 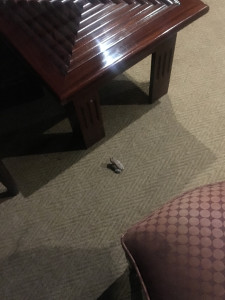 A clever frog in the bar at Hazyview, where the wifi is
Tags: africa, cat, new newport news news
Subscribe