I love Greece [Hellas].  There is nowhere in Greece that I have had a bad time.  Well, one taxi driver in Athens who ripped us off, but caveat emptor, I always say.  I also say, “Let the buyer beware.”

If I had a magic wand, I would erase all the goats from Greece and allow the forests to grow as they did in antiquity.  When you read the myths of ancient Greece, the haunted forests stand out, peopled with satyrs, fauns, nereids, dryads and gods of all descriptions.  But no living person remembers the forests that flourished then and I don’t have a wand, magic or otherwise.

Katakalo is the nearest port to Olympia, home of the original Olympics in honor of Zeus.  Ron and I had thoroughly explored both the ruins and the superb museum less than 2 years ago [feel free to refer to the blog < https://carolbuckles.livejournal.com/38898.html>

So we elected to stay in the tiny town of Katakalo [ka-TAK-a-lo] to recover from our last two countries.  So we stayed onboard until the madding crowd had boarded their trusty vehicles for the trek inland, then we strolled ashore. 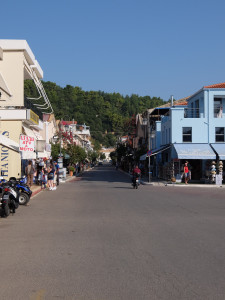 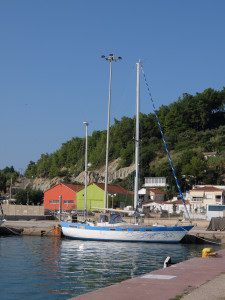 Fending off a gauntlet of folks who really really wanted us to go to Olympia in their vehicles, we shopped our way through the charming main street of town.  Unlike too many touristy places where the stores all carry the same merchandise, Katakalo is really ready for company, from those of modest means to the other extreme.  We were very pleased with our purchases, then walked along to visit the marvelous Museum of Ancient Greek Technology.  One of the shopkeepers told us it was all “rubbish” but wonder is in the eye of the beholder.

"I have an idea that landing in Greece has always been like this.  I remembered how Lycinus, in the Amores of Lucian [ of             Samosata 125-ca180 AD] says that as soon as he stepped ashore on the isalnd of Rhodes "two or three people immediately hurried up, eager to tell me the history for a a small fee.' "  H. V. Morton In the Steps of Paul, c1936.


One of the Greek machines; this one is an automatic theater 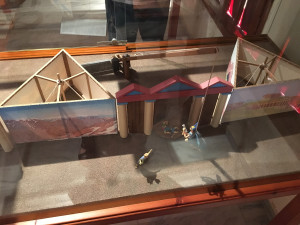 The museum occupies about 1000 sq.feet of old stone warehouse; it is the lifework of Mr. Kostas Kotsanas, who builds scale working models of all the machines from the ancient Greeks.  < http://kotsanas.com/gb/museum.php>  Young people in the museum show how several of the machines work, and then set you free to explore on your own.  It is all done exquisitely and the  fairies that live in my garden want these machines very much.  But then, they are silly folk and wouldn’t begin to know how to work them.


The fairies loved these lamps.  the shade is a wind-blown-inside-out umbrella 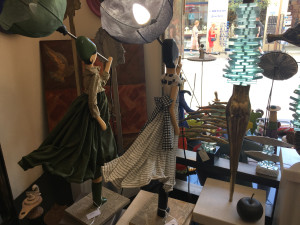 It was very very hot and humid and intensely miserable.  I had wanted to take a little street train over to a beach nearby, but was drained of energy, only just making it to a seaside café where beer and cokes appeared.  Chili powder potato chips appeared also and I ate most of them.  The waiter was very offended, saying they were to go with the beer.  He did not bring anymore however, even when I bought another coke.

This is so typically Greek to me.  He fussed at me and I laughed at him.  In flirtatious Italy, more chips would be forthcoming.  But he was half serious, not quite being ready for such a forward woman, with no decorum appropriate for her age.  Ron said his attitude was reflected in his tip.


The cafe was well situated, however. 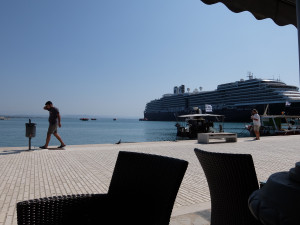 We got to watch a fishing boat pull in with the catch of the day, including a wonderful small golden ray of some sort, a small octopus and a squid.  I took some photos and the men eyed me with disfavor.  Perhaps my electrons fouled their fish.  Or they were not quite being ready for such a forward woman, with no decorum appropriate for her age. 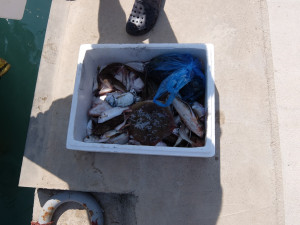 We watched as our ship conducted lifeboat drills: dropping the boats, maneuvering around some distance away from the ship, but facing her, like so many remoras approaching a shark. 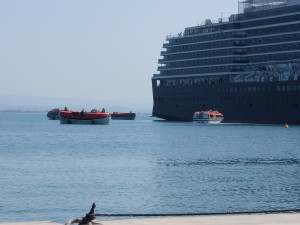 We went aboard, napped and took a Windows 10 class and hung around the bar drinking…..coke.  In fact, I did not have my bi-annual cocktail.  I simply could not get enough fluid in me to risk alcohol.

We rounded the boot of Italy in the late afternoon and we searched in vain for Mt. Aetna, currently erupting at a gurgle and spewing great clouds, which not only make viewing impossible but also caused a refreshing downpour during dinner.  We passed through the Straits of Messina, between Sicily and Italy, nearing dusk, but could still make out the whirlpools that used to be Charybdis.  The mighty whirlpool of olden times was tamed considerably by an earthquake in the early 1900s, for which we are grateful.  Witnesses saw this menace turn a first-rate man of war completely around while under full sail in the late 1700s.

Our next day was a Sea Day and we needed it
. 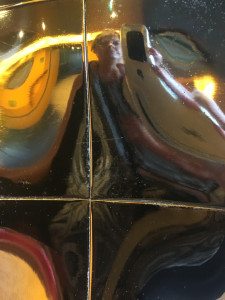 We spent the day

Just at sunset, after dinner, we passed Stromboli, a mountain / volcano, which we’d only seen in full dark before, as a light in the great ocean.  This time we were treated to a full view of the village [!!!!!] at the foot of the cinder cone, with little boats setting off from the shore [to fish?].  As we marveled at the ability of people to live on a time bomb, a huge puff of black smoke lifted from the peak.  Ron went on to a performance of live music with BBC footage of “Blue Planet” but I could not tear myself away from Stromboli.  And I was rewarded by bright streams of fire shooting up from the volcano [on the side away from the village]! 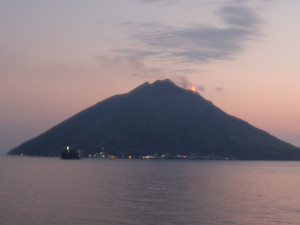 O GOD, THY SEA IS SO GREAT AND MY BOAT IS SO SMALL…4